Spider-Man: Homecoming is coming out on Blu-ray next month and it’ll include plenty of special features.

The film will first be released on Digital HD on September 26, followed by a 4K Ultra HD, Blu-ray and DVD release on October 17. The Blu-ray comes packaged with over an hour’s worth of bonus material, including a gag reel, several deleted scenes, seven behind-the-scenes featurettes, a photo gallery, and more.

Also featured is The Spidey Study Guide, a pop-up factoid track with facts about the movie and how it relates to the Spidey comics, and four unseen alternate Captain America PSAs featuring Chris Evans. Check out the Blu-ray box art below. 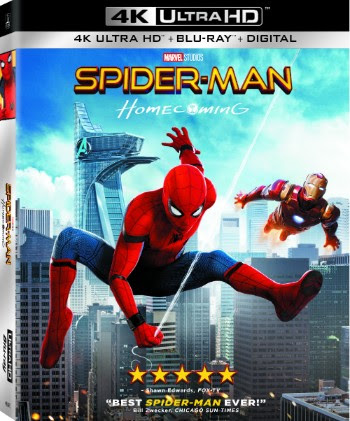